The Canon Demi EE17 is a point and shoot half-frame 35mm film camera first manufactured by Canon in 1966, and I give it a very strong endorsement for anyone who wants to try it out 55 years later in 2021. With a 30mm f/1.7 lens, the EE17 differentiates itself from other cameras by taking half-frame sized photos, meaning that for every normal frame of 35mm film, the camera can record two half-sized, portrait-oriented photos. Billed as a traveler's camera when first brought to market, it offered modern conveniences for the era such as a fully automatic shutter- speed priority mode, a large Galilean viewfinder with bright frame lines, and solid aluminum construction that was lightweight, but durable enough for travelers and tourists to throw in a suitcase or glove compartment.

Analog photography is making a comeback. While the Lomography and Holga crowds have been stirring about for decades, it seems that higher quality, more technically precise cameras are now back in vogue. For a fashion- conscious camera that carries a semblance of modern convenience, one need look no further than the technological output of 1960s Japan. Between the likes of Nikon, Canon, Yashica, and Pentax, the 1960s were the start of a new golden era for Japanese cameras. Throughout the 1940s and 1950s, most Japanese cameras were somewhat derivative, high quality copies of German counterparts. But then starting around the 1960s or maybe even the late 1950s, things began to change. 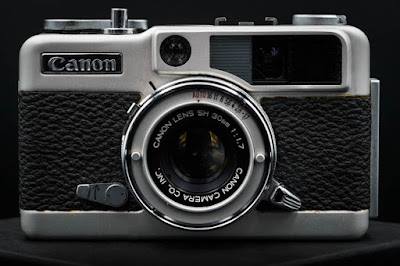 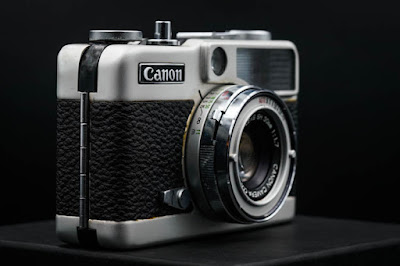 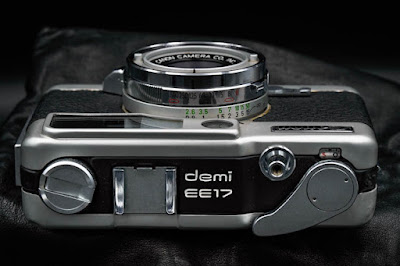 I present to you the Canon Demi EE17, a camera that is even more fun to rediscover in the age of digital photography than it must have been to use when it was originally produced. For retro-camera collectors, analog photography enthusiasts, and Canon fans alike, the Demi EE17 may yet be the best entry from Canon in the world of half-frame cameras. Originally marketed as a highly pocketable point and shoot camera with a "brighter than human eye" viewfinder, the EE17 boasts a number of features that made it well suited for jet-set travelers of the late 1960s. Thanks in part to the EE17s' solid construction, shutter-priority mode, and perfectly adequate optics, I've found it to be a joy to use both when I'm at home as well as when I'm on the road.

It's not hard to find the EE17 for sale on websites such as eBay at relatively affordable prices. I was able to pick one up that had a stuck shutter and only minor cosmetic damage from an online camera shop in Japan. The price, including shipping, was just a bit under 50 dollars US, and it even came with an original case and strap. Once I had it in hand, it took my local camera repair shop just about a week to have it cleaned,lubricated, and adjusted, which in my case only added another 20 to 30 dollars to the total price. It's not hard to find functional units for sale at higher prices, but for anyone who lives near a capable camera repair shop, it may be cheapest to buy a non-functional unit and have it repaired.

If you're comfortable using 35mm film, you shouldn't have any problems learning the specifics of the EE17. Some film cameras from the 60s, 50s, 40s and 30s are designed so that loading film can be needlessly difficult. With the EE17's hinged metal flip-out back, I had no difficulty loading, engaging the sprocket, and advancing the film to the first frame. For anyone who's ever suffered through loading film in Canon's earlier IVsb rangefinder (or for that matter any of the other models originally based on the Leica III), loading the EE17 with its simplicity and consumer-oriented design is a delight in comparison. 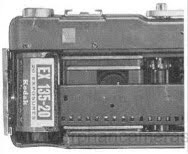 Once the film is loaded and engaged, using the large thumb lever to advance frames is smoother than the 1964 Tokaido Shinkansen (what was otherwise known as Japan's first bullet train). The frame counter, easily visible from the top as well, extends into the 80s if not higher, and resets to zero when the camera back is opened. Rewinding is accomplished the same way as most other modern film cameras, by pressing a release button on the bottom right side of the camera, then using the pop-out crank on the top left.

One key feature that sets this camera apart from many of its contemporaries is the electronic controlled shutter priority mode, the EE in the name EE17. This feature does require a battery (more on that later), and it enables the camera to automatically set the aperture size based on the ISO and shutter speed settings that you've selected. In my personal use, automatic shooting has so far given me flawless exposures, and in case you, like me, were advised to "meter to the grass", that rule seems to work very well with the EE17. 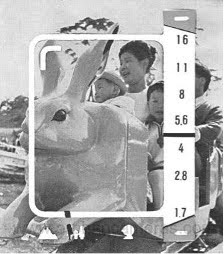 Fully manual mode is not especially difficult with this camera, should you not want to use the shutter priority mode. Provided your battery has enough juice in it, the viewfinder displays a bright exposure needle on the right- hand side of the frame, making it a breeze to dial into the right exposure for your scene.

The only major concern I had about the EE17 was the fact that the original battery it was designed to use is no longer in production. I'd read on camera forums that the EE17 was designed to use a mercury battery, the PX625, and that the voltage properties and physical size were inconsistent with modern alternatives. Considering this risk, I decided to take a chance and I bought a replacement option I'd read about online, one with a similar fit but a slightly higher voltage. According to what I'd read, using a higher voltage battery (I think 1.5v vs 1.3?) is supposed to make the light meter over-expose your photos, but if there's any truth to that, I haven't noticed it. Maybe it's just so subtle that it hasn't mattered in my case. Supposedly using a 1.5v battery could potentially damage the electronics of the camera, but as far as I can tell mine is still performing without any problems.

For overall ease of use I adore this camera, but one aspect that I'm not in love with is the zone focusing. Focusing with the EE17 to me always feels like using a broken rangefinder. There's distance information on the lens barrel, and there's even a little diagram at the bottom of the viewfinder with the same information. But I've personally never felt confident estimating distances, and so I'm always slightly hesitant when focusing to anything that's less than 3 or 4 meters away. The good thing though is that realistically if you're not trying to take a portrait closeup at f/1.7, you're not likely to have too many out of focus photos.

The EE17's body is made mostly of aluminum, with other components seemingly made of steel, glass, or other sufficiently solid materials. There may be several components made of plastic, however if that's the case, I have yet to find them. Sitting in the hand, the camera feels as though it could take a solid beating, although considering the fact that the lens is glass and not user replaceable, I wouldn't recommend doing a thorough durability test unless it's a life-or-death situation.

As I'd mentioned, the shutter was frozen on the model I received. This wasn't a case of mechanical failure though. For my camera, the 45-year-old oil had basically turned into a messy glue, simply with age. Disassembly, cleaning, and then a proper re-assembly from my local repair specialist was all it took to bring my EE17 back to life. I did initially think that I could try disassembling the camera and cleaning the shutter myself, but this dream didn't last long once I had the camera in hand.

The EE17 is equipped with an f/1.7 30mm SH 6 element lens made by Canon. This translates to roughly the same field of view that a 60mm lens on a full frame camera would provide. The shutter was manufactured by Seiko, and in my use seems to fire accurately and reliably. I haven't had much use for the timer so far, however I like to think that it might come in handy someday.

The bokeh you'd expect from this lens sounds great at first, but it's important to remember that since the image area is half frame, the out of focus areas on the lens will be far less dramatic than you'd otherwise achieve from a full-frame f/1.7 lens. Regardless, it's not impossible to achieve a certain level of eye-pleasing bokeh from the EE17. The only problem is that since the camera uses zone-focusing, having a close-range subject that's in focus while at f/1.7 will most likely come down to pure luck.

For me, the Demi EE17 represents one of the highest value cameras I’ve ever seen in analog photography. On the one hand, it's a half-frame camera so you get double the number of exposures. On the other hand, eBay is practically littered with them to the point that it feels like sellers are about to start giving them away.

The EE17 is the 1960s version of your iPhone camera. It’s rugged, it’s portable, it takes an absolute ton of photos. And although some photos may be sharper than others, the Demi EE17 just works, all the time, every time. Overall, I'd recommend this camera to anyone who wants an analog snapshot camera, isn't afraid of manual "guesstimate" focusing, and understands the basics of how shutter speed, aperture size and ISO affect the final image. The true beauty of this camera is that even today in 2021, all you need to do is throw it in your suitcase and forget about it, just like everyone who bought it in 1966 did. Next time you travel, take only your Canon Demi EE17, leave only your DSLR.

Sample Photos From the Demi EE17: 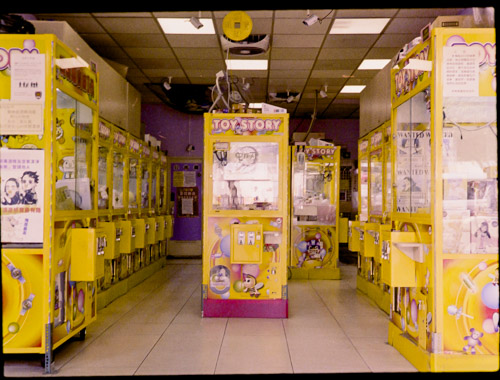 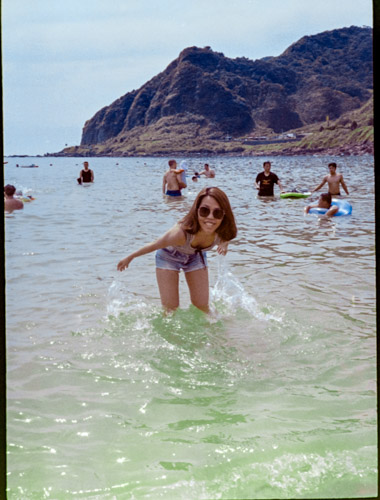 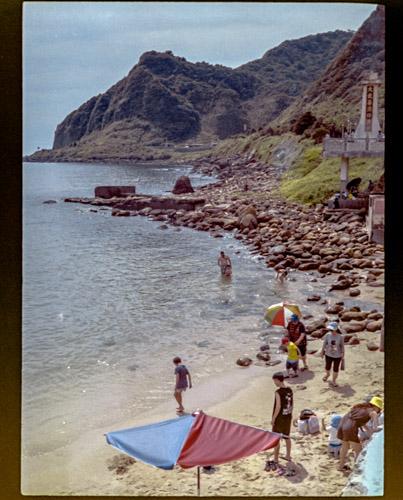 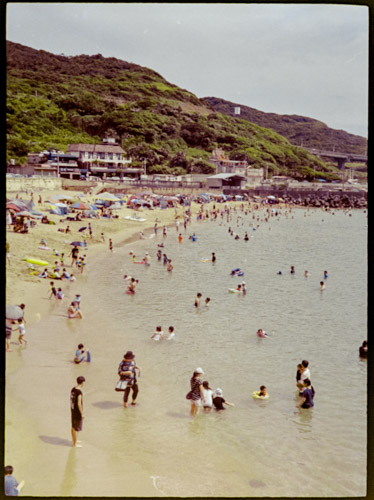 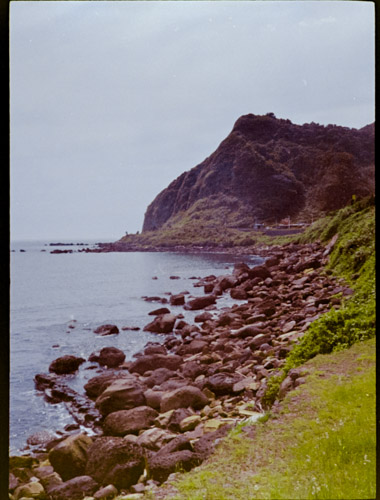 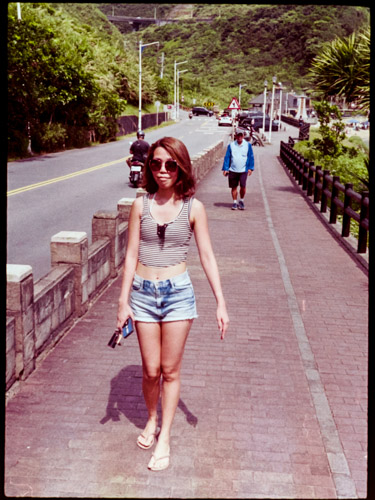